Dr. Novak is a board certified obstetrician and gynecologist joining the Shaw Center provider team in 2012. 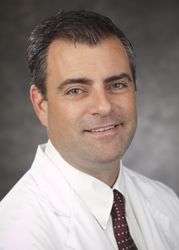 Dr. Novak has been serving patients in the Southwest Georgia and North Florida area since 1998. Dr. Novak was raised in Livingston, New Jersey.  He received his Bachelor of Science degree in biology from Drew University in Madison, NJ in 1989 where he was active in student government and a scholar-athlete serving as captain of the Drew University basketball team. He received his medical degree in 1993 from The University of Virginia School of Medicine and completed his residency in Obstetrics and Gynecology at UVA in 1997 serving as Administrative Chief Resident. Dr. Novak practiced at the Piedmont Women’s Center in Elkin, NC before moving to Thomasville in 1998.

University of Virginia School of Medicine: 1993